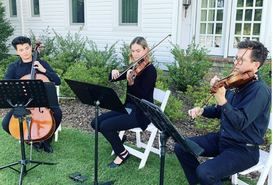 String Trio -
We utilize an authentic team of beyond talented orchestral musicians who are passionate about music and people. This is a fantastic way of  bringing an additional level of classiness and ambience to your event. With a playlist of hundreds of songs to choose from, request our Trio today! . 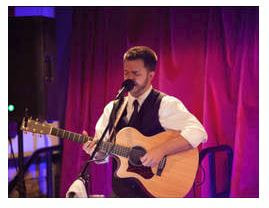 SCOTT MORRISON Guitar Player/Singer
​Scott Morrison has been wowing audiences across the country for the better part of a decade with a variety of classic rock, blues, soul, funk, folk, and just about anything in between. Scott's playlist consists of of over 1200 cover songs that you will know and love! Scott's talent and professionalism helps him stand out among private event entertainers. Let Scott  help you add that special touch to your event! CLARA MCLAIN-Classical Guitarist
Clara performs classical guitar music in the Greater Houston areas. She is the perfect addition to your event if you are wanting a truly classy and" AWW inspiring" touch! Clara has studied with the acclaimed guitarist and composer David Brandon at Texas Tech University in Lubbock; and commencing in April of 2012, Clara began studying privately with Robert Guthrie, Professor of Guitar at Southern Methodist University's renowned Meadows School of the Arts, where, in the fall of 2017, she was awarded her Bachelor of Music degree in Classical Guitar Performance.Clara has been a prizewinner in classical guitar competitions held throughout the State of Texas, and beyond, and she has also performed at many varied events held across Texas.  Request her today! 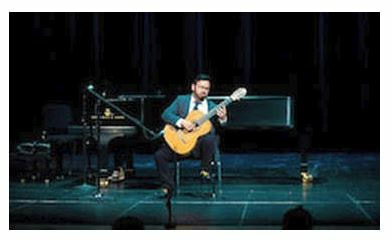 ARNOLD YZAGUIRRE Classical Guitarist
Arnold is a classically trained guitarist and a highly talented performer and teacher. Arnold's acoustic guitar instrumental stylings are perfect for your pre-ceremony, ceremony, cocktail, and/or dinner portions of your event, adding a level of class and sophistication that can be appreciated by all! Arnold studied classical guitar with Robby Gibson, Aleksandr Tsiboulski, and Adam Holzman at the University of Texas at Austin. Arnold has also performed in several masterclasses with recognized guitarists such as Philip Hill, Douglas Rubio, Adam Holzman, and Pasquale Rucco. Arnold actively performs as a solo artist and with singers. Having Arnold perform at your event will have your guests say " WOW!" Request him today! 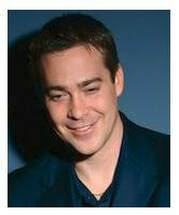 SCOTT GRAHAM Piano Instrumentalist
Scott's piano solos are passionate and driven, yet soothing, creating beautiful music that takes you on a wonderful journey. Scott is a Houstonian and renowned pianist and composer with over 18 years experience in the music industry. Classically trained with a B.A. in The Theory of Music Composition and a Minor in Piano, his repertoire embraces the sounds of yesterday and today. Focusing on works from the 1920's to present day, he has mastered a variety of styles including classical, new age, standards, pop, top 40, country, jazz, easy listening, and various piano arrangements of popular tunes. 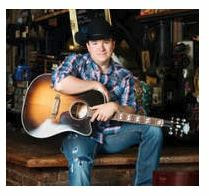 STEPHEN CHADWICK Texas Country Recording Artist
Stephen has been a staple in the Texas Country music scene since his teenage years. Stephen has established himself as one of “Voices of Texas” with his amazing vocals and entertainment skills. Stephen found his love of music at the early age of five while singing alongside his father. From the first time he stepped in front of a microphone, he knew he belonged on stage. He started singing and performing professionally at age 12, and has been impressing audiences ever since. Stephen has shared the stage with acts including Chris Ledoux, Ray Price, Darrel Worley, John Anderson, Earl Thomas Conley, John Conlee, and many others. Stephen can bring his fantastic band or play solo for those more intimate occasions. ​​